The author of this article, Karl Quirino, is a regular contributor of this community website and a supporter of the Bulwagan Foundation Trust. Even as he resides in Auckland, he mentors other charitable nonprofit organisations in New Zealand in the intricacies of Social Media, web com munications, networking and reputation management. This all comes about as a result of his experience being a founder of a private ICT consult ing group called Karl Quirino & Associates. Also, given his experience as a former investment banker and large infrastructure project finance exe cutive abroad, he makes a convincing case for the role of arts and culture in furthering the economic development profile of New Zealand.

Across the globe in some major capitals and urban cities, there is a commonly-held belief that communities who support the arts and culture do so at the expense of local economic development. The fact of the matter is, those who hold the contrary view invest in an industry that supports jobs, generates government revenue, and is a cornerstone of tourism. Culture and the arts are critical in attracting and retaining good businesses in our eco-nomy.

The value of creativity cannot be overstated. The arts in our schools, and our communities, help our students, and indeed ourselves to aspire – which result in ideas, products, new technologies and ultimately, jobs. 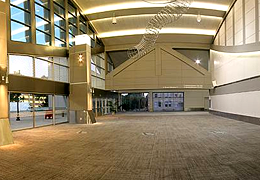 Unlike most industries, nonprofit cultural and arts organ-isations leverage a significant amount of event-related spending by its audiences. For example, when patrons at-tend a cultural or  arts-related event or activity, they may pay to park their car in a nearby parking lot or ga-rage, purchase dinner at a restaurant before showing up, eat dessert somewhere afterwards, and pay a babysitter upon their return home. This spending generates related commerce for local businesses such as restaurants, park-ing garages, hotels, and retail stores.

While there are a few sophisticated analytical tools and methods that measure the economic value and impact that art and culture contribute to the uplift of communities and business, the easiest way to explain this is simply by describing an input/output analysis in this way:

Let us say that the Cultural and Community Centre that Bulwagan Foundation Trust is planning to build becomes a reality. Being a multi-functional centre, it houses a combined cinema and theatre facility that sits up to 500 people. A theater company who is an affiliate member of the Centre among several others like it reserves four weekends in Spring to stage a new theatrical show. While making preparations, it purchases 10 gallons of differently-coloured paint from the local hardware store for $350. Having done so, it has just generated a direct economic impact by  just this one particular expenditure.

Now let’s take this further. The hardware store then uses a portion of the aforementioned $350 to pay the sales clerk’s salary; the sales clerk re-spends some of the money received for groceries; the grocery store uses some of the money to pay its cashier; the cashier then spends some of it for the utility bill and two tickets to the theatre show. All these subsequent rounds of spending are the indirect economic impacts.

In this example, it’s not only the theatre company spending who creates a chain of other spending activities that has just helped the local economy sustain jobs and business.

The Centre also offers other services and facilities that cater to a number of family-oriented, educa-tional, leisure, tourist and business functions that bring in a stream of visitors to other attractions such as a coffee shop and other small restaurants offering different cuisines; craft stores, a book shop, an inter-net café; a digitally-equipped business and commu-nications centre, various meeting and training class rooms for rent; a dividable ballroom space used for wedding receptions and other types of social functions that include trade and other exhibits; and, an aerobics and fitness studio – all in addition to other facilities a list too long to mention here. Since all these individual tenants and the customers and patrons they attract spend in one or other ways while in the Centre, they each all replicate direct and indirect economic impacts as well.

SPIRIT OF THEIR OWN PEOPLE

In travels here and across other developed countries, business and government leaders I’ve read about or heard from have often talked about the challenges of funding the arts, culture and other community needs amid shrinking resources. They worry about jobs and the economic performance of their communities. Yet, how well are they competing in the high-stakes race to attract new businesses? Is their region a magnet for a skilled and creative workforce?

Right now, cities around the world are competing to attract new businesses as well as the brightest of young professionals. International studies show that winners of this race will be those communities that offer an abundance of arts and cultural experience opportunities. As they flourish, so will creati-vity and innovation – the fuel that drives our national economy.

Perhaps it goes without so much as saying that erudite individuals who serve either as Mayors and Council members who work in thriving communities fully understand that, besides jobs, the connection between the arts and culture industry is one that generates government and business revenues.

But should it all be just about dollars and cents? I think not. There is even a more sublime dimension involved here. Undoubtedly, arts and culture play an important role in the economic vitality of many major cities around the world but more vauably they have also created mirrors which both shine and reflect – the spirit of their own people.

This Article is the 4th Part of a 5-Part Series