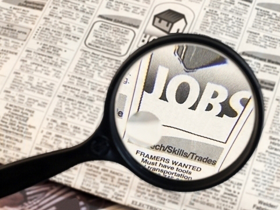 New Zealand is a country of predominantly small and medium-sized (SMEs) businesses. Over 96% of all firms have 19 or fewer employees, and about 87% employ five or fewer people. This preponderance of smaller firms is consistent across most industry sectors.

SMEs are normally sole proprietorships, partnerships, or privately-owned corporations with relatively low volume of sales. But don’t let size fool you. SMEs sur-prisingly make a significant contribution to the eco-nomy. They account for 37% of the country’s output and nearly 42% of total employment if the self-employed are also added into the count. They are also the most dynamic group in the business population.

While the numbers of SMEs entering and exiting the market is high, they accounted for over 50% of the new jobs created in the economy in the first decade of this century. Their importance to New Zealand cannot be over-emphasised.

Numbers like these might drive you to conclude that New Zealand is a country of small shopkeepers. But in a country which boasts having the largest economy in the world – the United States, small businesses ac-count for half its GDP and more than half its employ-ment. SMEs in the U.S. still remain that country’s most powerful engine of opportunity and economic growth.

The importance of this sector in the US economy is so profound that in 1953, the U.S Federal Government reconstituted the Reconstruction Finance Corpora-tion – an agency created in 1932 to alleviate the fi-nancial crisis of the Great Depression.

Today, it is known as the US Small Business Administration (or, SBA) to aid, counsel, assist and protect the interests of small business concerns through loans, guarantees, counseling sessions and other forms of assistance. It also ensures that small businesses in the U.S. get a fair proportion of government contracts and sales of surplus property. It also operates full service district offices in every state of that country. A near-equivalent entity in New Zealand would be Business.govt.nz, which is the New Zealand government’s business website. Information and tools found on this site are designed specifically for small and medium-sized businesses, and the people who advise and support them.

The freedom to operate independently is a reward for SME owners. Many people desire to make their own decisions, take their own risks, and reap the rewards of their efforts. They have the satisfaction of making their own decisions even within the constraints imposed by economic and other environmental factors. As entrepreneurs they also work long hours and understand that ultimately, their customers are their bosses.

The Foundation believes that level of commitment deserves to be honoured by creating a space in a community setting that allows it to be expressed more vibrantly. So when we think of the Marketplace space of the Cultural and Community Centre the Foundation is planning to build, we hark back to words like bazaars and souqs – where small business proprietors tend to be more intimate with their cus-tomers and clients which results in greater accountability, maturity, understanding, good relation-ships and connectedness.

Today, grassroots movements are resisting free market culture and yet societies around the world have also rejected communism. What if there was a middle ground between the two?

Rajni Bakshi, a Mumbai-based journalist and activist says the traditional bazaar is that middle ground between communism and free market capitalism. She argues that the traditional marketplace – where vendors and customers compete and collaborate, bargain and gossip — represents a more socially responsible culture of commerce. Whereas the free market separates our economic activity from our social and ethical selves, she says activity in a bazaar is as much about forming values and ideas as trading goods. 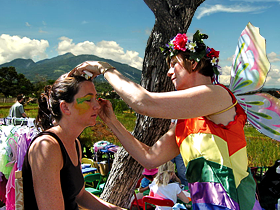 The Marketplace will be more than just an ordinary place to buy and sell goods. What will make it unique is that it will also be an integral part of a much larger space where major festivals, the arts, cultural and social activities can take place to educate, inspire and enervate people.

It will be an environment that aims to integrate the best of the old with that of the new; a space that nurtures the free and creative spirit of individual entrepreneurship that re-connects with the greater community; a community that fosters a sense of be-longing and a feeling that members matter to one another and a shared faith that their needs will be met through their commitment to live and work together.