Posted on February 24, 2011 by The Bulwagan Foundation Trust 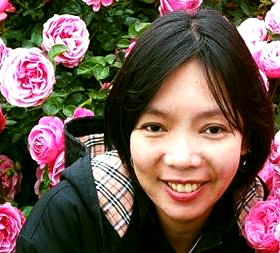 This picture was taken of Aylene de la Cruz at the Botanical Garden a month after she arrived in New Zealand. Her eyes and smile reveal that everything seemed to be rosy then for her.

Aylene came to New Zealand full of hope, full of plans, full of dreams. She envisioned New Zea-land to be a beautiful country that could per-haps give her children a better future. And for that, she was all set to start contributing to its society as a new and productive member.

Armed with a 9-month Work-to-Residence (WTR) permit, and after spending around NZ $20,000 (mostly financed from her aunt’s retirement pay), she departed the Philippines for the Land of the Long White Cloud.

It wasn’t an easy decision. Being a single parent, she made a heart-rending decision to leave her 2 children – Ryle Matthew and Rayne Zoe, under the care of her elderly mother hopeful that – in just a few months, they would all be reunited again. It was a sacrifice she was willing to make for Ryle and Rayne. 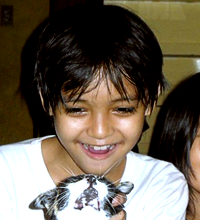 HANGING BY A THREAD

But she found that it was not that easy to find a job here. With her pocket money slowly running out and no job offer still, she instead found generous hearts, friends who provided for her free accommodation. When her WTR permit expired, she applied for and was granted a 3-month extension. It was within this extension period that she managed to land a job offer but the Immigration Depart-ment – citing that the job was not related to her particular skill per se, did not qualify her for Permanent Residency. 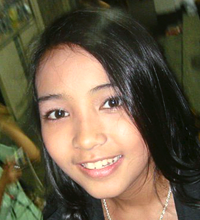 An application for a work permit was lodged instead, but this too was denied. Aylene and her employer appealed for consideration.

Since her WTR had expired without extension, she was given a Visitor’s Permit to make her at least stay legal. The appeal was lodged in October 2010 but up to this writing no decision has yet been made. It seems that Aylene’s dream is now hanging by a thread.

About 3 weeks ago, in a twist of fate, Aylene suddenly felt a lump on one of her breasts. Concerned about the possible portent of this discovery, it prompted her to see a GP. An ultrasound confirmed a mass growing on her right breast so she was scheduled for an immediate biopsy. Her biopsy results were issued last 22 Feb 2010 – a malignant and ag-gressive type of breast cancer.  She was booked for urgent surgery for 10 March 2011.

But further queries from the hospital revealed that, because of her status, she could not qualify for public health funding. Now, unless some angels come to her side with some fi-nancial support to cover the cost of her much needed operation and treatment her sche-duled surgery next month won’t happen.

A CRY OF DESPAIR?

Given Aylene’s clearly sad circumstances – alone in a foreign land, declined permanent re-sidency, no means of support to cover her much needed (and probably life-saving) sur-gery, you would think all this would harden her outlook in life and reduce her to cries of despair and despondency.

But Aylene’s true heart, the inner soul that keeps her going, reveals much more about what it means to be human – one that relies on hope, faith and a deep conviction about the promise of life. How do we know this? Copied below is an entry found in Aylene’s Facebook page:

I miss my two beautiful babies, Ryle Matthew and Rayne Zoe
Dear Father God, may we all be together soon.

If there be no angels, no kind-hearted souls in New Zealand – then Aylene’s desire would be to go back to the Philippines to be close to her loved ones, if possible, before her birth-day on 9 March 2010. But with no money in hand for treatment or even plane fare, she is faced with a dilemma.

This is now we are appealing for your help. First, there is an immediate need to cover the cost of her surgery, radiotheraphy and chemotheraphy treatments that would give her a chance to stay alive. Next would be for plane fare (around NZ $1,600), as she longs to see her children again.

TWO WAYS YOU CAN HELP

1. To donate one-off amounts that will add up to cover her immediate surgery and thereafter, her plane fare back to the Philippines; and,

2. To commit a pledge of just $25 a month (or just NZ$ 0.82/day for one year) to cover her chemo sessions. If there are at least 50 pledges that come in this way, it would mean providing Aylene the financial support she would rely on to cover the cost of her chemo treat-ment for that period with a little left over to pay her other cost of living expenses while recovering.

So, if you are reading this, perhaps it is in your heart as well to make a difference in Ay-lene’s case. Below are details of her bank account in New Zealand:

If you are making a pledge, may we suggest that we all do this through automatic payment (AP) on the same date – on the 5th of each month.  This would ensure that Aylene would have the funds come in all at the same time each month (it also saves on withdrawal char-ges imposed by the Philippine bank).

Aylene would also appreciate if you can email her at aylenedelacruz@yahoo.com.ph. Con-tacting her would give her a chance to personally thank you for your act of generosity.

As it looks today, Aylene may not be able to fulfil her New Zealand Dream even on human-itarian grounds for which New Zealand’s record on the matter is so famous for but now seems to be failing in her particular case. Worse still, she may not even be able to be with her two small children again.

If, for one or other reason, you cannot provide some help yourself (we make no judgments here), then at least pass on this appeal to others online by using the social media buttons (Facebook, Twitter and Email) that are provided below.

God bless you all.

[NOTE: This story was first brought to Bulwagan Foundation Trust’s attention by Sally Corpus who works as a Business Analyst for ACC and is a friend of Aylene.]