For all the structures and mechanisms of governance the Spanish kings had established in the Philippines to keep this prized possession in the Far East firmly in hand, the encomienda, along with the Catholic Church and the Gal-leon Trade together ironically contributed to Spain’s loss of it at the end of the 19th century.

Under the encomienda system, the native populations were required to pay tribute to the encomendero of the area. Although Spain had used this system before elsewhere, it did not work quite as ef-fectively in the Philippines as it did in most of her American colonies. Catholic missionaries who were sent were not as successful in converting the natives as they had hoped for under the encomienda system largely because the encomenderos had abused their powers given their distance from prying eyes from the seats of power in the capital of Manila and those much further off half-way around the world in the Iberian Peninsula. The laxity of rule also provided encouragement to the encomenderos who took it upon themselves to as-sume the role of local chieftains, datus, rajahs and sultans lording over the people who po-pulated their encomiendas.

Another burden imposed on local populations was the Spa-nish Catholic Church, or rather, the religious orders of that institution. The five regular orders who were assigned to Christianize the inhabitants of the Philippines were the Au-gustinians, who came with Legazpi, the Franciscans (1578), the Jesuits (1581), the Dominican friars (1587) and the Au-gustinian Recollects (1606).

In 1594, all had agreed to cover a specific area of the archi-pelago to deal with the vast dispersion of the local popu-lation. The Augustinians and Franciscans covered the Tag-alog regions in Central Luzon while the Jesuits managed smaller areas around and outside the capital. The Dominicans encompassed the Parian – the old Chinese districts in Manila and Cebu. The provinces of Pampanga and Ilocos were assigned to the Augustinians. The province of Camarines went to the Franciscans. The Augustinians and Jesuits were also assigned the whole of the Visayan islands but the Christian conquest had not reached greater parts of the island of Mindanao due largely to a highly resistant Muslim community that existed the pre-conquest period.

Through the prism of their Christian eyes, the Spanish friars of the different orders who arrived in the colony over the period concluded that the lifestyle of the ‘natives’ was too foreign and disagreed with it wholeheartedly. They saw the ‘influence of the devil’ and felt the need to liberate them from their ‘evil ways’. In reality, it was a pretext to establish their temporal rule over their flocks in the islands.

From the time the religious orders arrived through the end of the 18th century, conversion to the variant of the Catholic faith became a mechanism by which these orders in the country enriched themselves with land and the hand of labour that came with it ‘donated’ by pious followers. A thorough indoctrination of the faith that exalted their status as holy saviours made it simpler to convince the pious through moral suasion on grounds that doing so would buy them entrance through the gates of heaven at the moment of death.

So along with the encomenderos – who themselves were part of the pious, the religious orders eventually became both secular and temporal powers to contend with being also the largest land owners in the islands. Judged even by Spanish standards, the officials and clergy of the Catholic Church in the Philippines were considered reactionary and bigoted much to the discredit of the faith and the line of kings ruling in Spain some of whom had good intentions.

But not all priests in the Philippines were wolves dressed in monk’s robes.

CRACKS ON THE WALL WIDEN

Two kinds of priests served the Catholic Church in the Philippines during the latter part of the Spanish Period. These were the regulars (the Spanish friars belonging to the five different orders) and the seculars (locally-ordained Filipino priests). While their main task was to spread Christianity, secular priests did not belong to any religious order. They were trained specifically to run the parishes and were under the supervision of the bishops in Manila. 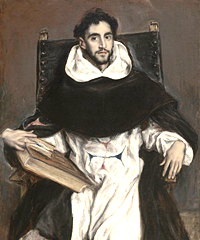 So in 1774, the then Archbishop of Manila Basilio Santa Justa decided to uphold the diocese’s authority over the parishes and accepted the resignations of the Spanish friars. In turn, he assigned secular priests to take their place. Since there were not enough seculars to fill all the vacancies the Archbishop hastened the ordination of Fili-pino priest. A royal decree was also issued near the closing of that year which provided for the secularization of all pa-rishes or the transfer of parochial administration from the friars to the secular Filipino priests.

Obviously, the friars resented the move largely since they considered Filipinos priests unfit for the priesthood. The issue soon took on a racial slant. Among other reasons they cited were the Filipinos’ brown skin, lack of education, and inadequate experience. The contro-versy became even more intense when the Jesuits returned to the Philippines. They had been banished from the Philippines in 1768 by King Charles III of Spain because of certain policies of the order that Spanish authorities did not like and their parishes and missions were transferred to other religious orders.

Even under all these pressures, Monsignor Pedro Pelaez, the colony’s cclesiastical governor of the Church, sided with the Filipinos. The reformation of the faith in the colony had be-gun. Unfortunately, he died in an earthquake that destroyed the Manila Cathedral in 1863. But after his death, other local priests took his place in fighting for the secularization movement. Notable among them were Fathers Mariano Gomez, Jose Burgos and Jacinto Zamora (collectively known today as ‘Gomburza’) whose execution (using a sordid strang-ulation method called the Garote) on trumped-up charges of subversion that precipitated the Cavite Mutiny of 1872 left a profound effect on many Filipinos at the time.